Cellist Carlos Eduardo Izcaray should have been directing the Venezuelan Symphony Orchestra yesterday in a performance of works by Sibelius and Dvorak's 8th symphony. Instead, he was recovering in a Caracas clinic after being brutally tortured and threatened with death by the national guard.

Izcaray's crime was to have been in the wrong place at the wrong time. His testimony, and that of dozens of other victims in recent days, highlights the ethical dilemma that helped bring about the resignation Thursday of his country's ambassador to the UN, Milos Alcalay, who - as it happens - is a friend of Carlos Eduardo's father, Felipe Izcaray. 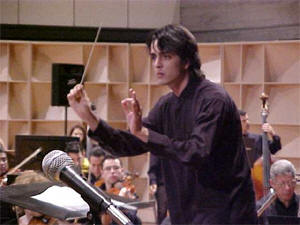 Alcalay, a career diplomat with over 30 years experience, said the past week's repression of opposition demonstrators revealed a pattern, "which closely resembles those totalitarian or authoritarian regimes . rejected by the peoples of Latin America in the 1980s".

In a letter to foreign minister Jesús Pérez, he said he could no longer represent a government which denied human rights, rejected dialogue and destabilized democracy.

Ironically, his friend's son was a mere bystander Monday night, during clashes between the national guard and demonstrators protesting the refusal of electoral authorities to schedule a recall referendum against President Hugo Chávez.

"People were throwing stones," he said. "And a molotov cocktail landed almost on top of me. So I was just leaving for home (he lives nearby) when the national guard made their move."

Since he was not part of the demonstration - he is not even an opposition sympathiser - Izcaray did not run from the guard, who caught up with him, grabbed him and began giving him a beating that went on for over 20 hours.

After hitting him with everything they had to hand, including their night-sticks, they forced him into a truck, where the torture intensified. One guardsman, "put a 9mm pistol in my mouth and said he would kill me then and there," Izcaray said.

The next step was to take the contents of a teargas canister and smear it over the faces of the four prisoners in the truck. "They even made me smear it on the other guys," the cellist recalled. "That was particularly humiliating."

All this was accompanied by taunts and insults. Their faces burning from the effects of the chemical, the four men were then forced to inhale the same substance from a burning rag. Then they were shut in the truck, with all exits and windows closed, and a teargas bomb was thrown in.

"I thought I was going to die," said Izcaray, who came close to passing out. Taken to the headquarters of the guard's 51st Detachment, he was placed with a dozen others in a corner, while the beatings continued, although at no point was any of the prisoners questioned individually.

Several were under-age - around 15 or 16 years old - but they received the same treatment as the others.

"The guard forced us to sing pro-government songs," he continued. "Then they made us sit in line with our heads bowed, and a guy came along with some kind of electric-shock apparatus - I couldn't see what it was, but they gave us shocks on the neck, hands and arms." 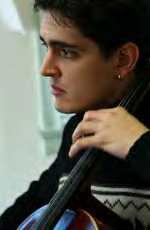 Izcaray was left with severe bruising and damage to muscles and nerves. He is now preparing to take legal action against his torturers, but admits to fearing reprisals. "An officer threatened me with death if I talked to the media," he said.

"Torture? No, chico!" said defense minister Gen. Jorge Luis García Carneiro in response to a Herald query. Meanwhile, vice-president José Vicente Rangel said yesterday there had been "not a single case of torture" and that security forces had acted in an "absolutely controlled and rational" fashion.