Out and Out Censorship

Regular readers know I've long resisted calling Chavez's government a dictatorship, and have criticized those who do. For all of the government's evident, growing authoritarianism, three basic elements of a dictatorship seemed to be missing: 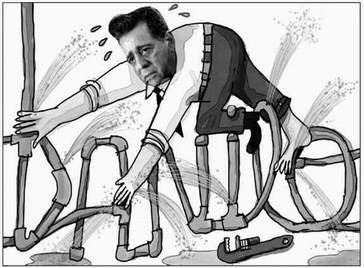 How alarming are these developments? Very. Very, very. Note:

There are no two ways about it, this is the first clear cut instance of out-and-out, no-more-mister-nice-guy censorship in the Chavez era. We're no longer talking about intimidation, harrassment, measures to encourage self-censorship...none of that. These guys are seeking a sweeping prior restraint order. By any definition, that's censorship, pure and simple.

We've seen this coming for a long time. Now it's here...
by Quico