Our future at fire-sale prices 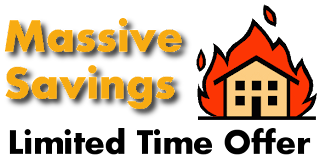 Investing in Venezuela is way too risky even if you earn an infinity rate of return.

So what does the government do? Why, sweeten the debt emission deal, of course!

Yesterday, PDVSA said they would not change the conditions. The Central Bank chief parroted that line. But since they have no credibility to save any more, today they did the exact opposite and announced a heavily edulcorated new set of incentives to get people to buy their bonds.

The new rules exempt the interest earned from holding the government's debt from taxes. With this measure, the government ups the ante: not only is it encouraging you to take you capital abroad, it's actually paying you to do so.

Well, in a reversal, banks can now hold these PDVSA dollar bonds and not have it count. And bankers who buy the bonds will be eligible for a free weekend at the Margarita Hilton ...

Apparently, the constant threat of nationalization wasn't enough to keep them on their toes. Now the government has to sweet-talk the banks into buying their debt.

But that's how it is. We've gone to this proverbial well so many times, nobody wants to lend to us any more. Cuz you know the government's finances are in desperate shape when it has trouble pimping its papers to the Victor Vargases and Arne Chacons of the world.
by Juan Cristobal