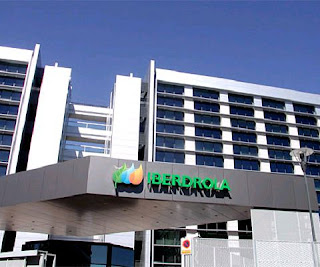 These are just some of the questions arising from the deals now being struck between the Spanish government, Spanish multinationals and the Chávez administration. Using estimates from the International Energy Agency, I've argued there is no way the 1,000 MegaWatt (MW) combined-cycle electric plant being built in Cumaná for 1.4 billion Euros is being purchased at market rates. The multi-million dollar overcharge is out in the open.

Of course, whether or not you believe you're being overcharged depends entirely on how reliable you think the benchmark is. If you believe the IEA is a questionable benchmark, then on the face of it, there is no way of knowing whether the Iberdrola project is based on real costs or whether something far more sinister is at hand.

As it turns out, there is another set of benchmarks available: Iberdrola's combined-cycle projects in other parts of the world.

As we said in the previous post, Iberdrola's project costs Venezuelan taxpayers 1,400 Euros per KiloWatt (kW) of installed capacity. To get that number, simply divide 1.45 billion Euros by the 1 million kW capacity the plant will have (1 MW is 1,000 kW, so 1,000 MW is 1 million kW).

The question that begs asking is: what were the costs of Iberdrola's other combined-cycle projects? Let's see.

The numbers don't lie. The Cumaná project is, by far, the most expensive combined-cycle power plant in Iberdrola's investment portfolio.

There may just be a perfectly valid reason for all of this, but I doubt it. What possible explanation, other than corruption, can there be for such a difference? Are Iberdrola's stockholders aware that, because they list their ADRs in the New York Stock Exchange, Iberdrola would fall under the jurisdiction of the U.S. Foreign Corrupt Practices Act? What does European legislation say about this? Why aren't European MPs looking into this?

And why are Venezuelan journalists simply ignoring this issue?