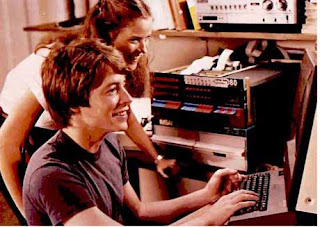 Juan Cristóbal says: - Once in a while, Quico and I get emails from readers in Colombia asking about Hugo Chávez’s latest antics vis-a-vis their government. Since yesterday Mr. Chávez decided to up-the-ante on the war talk and spent several minutes saying everyone should get ready for war, I assume Colombians' anxiety over their neighbor to the East is on the rise. The question that begs asking is where this is headed. Are we going to war with Colombia?

The short answer is no.

It's easy to talk about war when you don't bother explaining the specifics of how that war is supposedly going to take place.

In the modern world, there are many ways you can wage war. You can wage a war the old-fashioned way like Saddam did in the early '90s, or the modern way, a-la Donald Rumsfeld. You can do what the VietCong did, or what Al-Qaeda is doing now. But whether by air, by land, by sea, by the Internet or by an army of renegade militants willing to blow themselves up, there is one thing all these tactics require: a plausible course of action.

As it stands, it's hard to conjure up a plausible scenario where all these winds of war translate into an actual, palpable guerre between the two sister countries. Because, what exactly is it that Chávez is telling us to prepare for? And after we're ready, what next?

An air war? Really? Venezuela doesn't have the air power to make a serious dent in Colombia's military infrastructure, and if it did, Colombia has the US covering its back. Starting an air war with Colombia would be suicidal.

A ground war? Most Venezuelan generals have a hard time summoning the strength to stir a glass of 25-year old Scotch with their pinky. The Colombian army is much larger and better equipped than the Venezuelan army.

A guerrilla war? Yeah, like that's gonna work. The Colombian army has been waging a guerrilla war for almost fifty years now. They triple us in experience. As the saying goes, cuando tú vas, yo vengo.

The only plausible reason to take the President seriously is if the government expected Colombia to invade Venezuela. But really, does anyone outside the Kool-Aid drinking left believe Colombia (and the US) are going to invade Venezuela any time soon?

The only question that remains is why The Fat Warmonger in the Palace would be talking about this.

Easy - the more you talk about war, the more you get the Evos and Lulas of the world to worry about you. Cheap talk of war keeps the talking noggins at Globovisión busy for a couple of days and provides a welcome respite from all the talk about flashlights and buckets. Firing up the guns of war gives you insight into the barracks, and may ultimately provide clues as to who is with you and who is not.

It's understandable that Chávez's words cause discomfort in Bogotá's political circles. Cachacos are, after all, a cultured lot, genetically programmed to be repulsed by the ordinary antics of Veneco power players. But you shouldn't let your prejudices guide your perception of what is real and what isn't.

So my message to my Colombian friends is this: ignore him. It's not about you. When un certain bouffon starts talking crazy about war, the only war that should concern you is the shouting match between the voices in his head.

Chávez is part crazy, part astute political animal. So while the crazy voice may be asking for a war, the rational one knows that would be his doom, just like it was for Videla and Galtieri. That's the voice that is likely to prevail, the only one you really need to pay attention to.
by Juan Cristobal