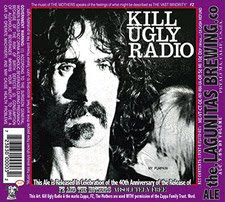 Juan Cristóbal says: When the government's "Media Responsibility Law" forced all radio stations to allocate five and a half hours of broadcasting per day to programming made by "independent national producers," many decried the move as one more step toward the end of press freedom in Venezuela. Since this didn't pan out quite so dramatically, last Friday, the government upped the ante and announced plans to directly assign three and a half hours (of their choosing) on every radio station to the specific programs and specific producers they like.

In effect, the rule would turn Information Minister Blanca Eekhout into a kind of nationwide Programming Director, with complete control over what can be heard on any given station for hours every day.

The new regulations appear to relate only to the radio, but are fuzzily drafted enough to have TV stations worried.

This, together with the shutdown of dozens of radio stations, as well as the muzzling of prominent opposition journalists Nelson Bocaranda and Marta Colomina and the increasingly evident rash of self-censorship, points the way to the media landscape of the future. It's not just TV it's after. The government won't rest until the radio is as accommodating as Venevisión.

The government's target audience is clear: people in Venezuela's urban centers, who spend two to three hours a day stuck in traffic, and who have begun voting against them. Pretty soon, all those voices telling them the Revolution is a failure will be gone.

Think about this the next time you hear Chávez or his fact-free, for-hire apologists rave about freedom of expression in Venezuela.
by Juan Cristobal