All signs are that Teodoro Petkoff will announce he's running for president before the end of this month. Conventional wisdom sees him as the strongest of the potential challengers. Personally, I admire the guy tremendously - I'm sure he'd make a fantastic president. Still, I can't help but worry about his electoral prospects - and for reasons that go well-beyond the neverending, ultimately sterile controversy about CNE. 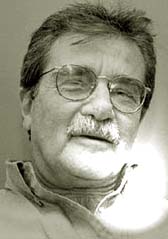 The structure of the Venezuelan electorate really hasn't changed in the last few years. Something like 25% of the electorate is strongly pro-Chavez, something like 20% is strongly anti-Chavez, and the largest chunk, over half, floats between the two camps. To win, an opposition candidate needs to hold on to the anti-Chavez base while attracting more than half of the floating voters.

Thing is, you can't attract those waverers if you don't know who they are, what they want and why the vote for who they vote for. You need a specific, thought-out strategy to identify them and target them, and I worry that Teodoro hasn't quite grasped this.

Floating voters are basically poor people, living in barrios and down-and-out urbanizaciones, without a university education, focused more on bread-and-butter issues than on ideological niceties. In the last few years most of them have voted for Chavez as part of a clientelist quid-pro-quo: my vote for your petrodollars. You don't win over waverers by waxing lyrical about freedom and democracy or denouncing castrocomunismo, you get their votes by persuading them they'll be better off with you in Miraflores than with Chavez.

Teodoro faces challenges all around. To begin with, he can't necessarily count on the anti-Chavez ultras. It's not just that the CNE polemic has left many of them unwilling to vote at all, it's that most of them are ideological conservative and instinctively distrust any leftish candidate. No matter how moderate Teodoro's stance gets, a good number of militant anti-Chavistas just can't stomach voting for a former guerrillero.

This would be okay if Teodoro could count on solid support from floating voters. And, in principle, waverers should love him: he's been a consistent critic of the more ideologically-strident elements of the Opposition, which are major culprits in floating voters' strong distaste for the Traditional Opposition.

But Teodoro is too much of an intellectual to be a darling of the non-ideological waverers. He's not willing to pander aggressively to them. He makes his pitch in terms so abstract ("a modern, democratic left") that you get the feeling many waverers just won't know what on earth he's talking about. Even if they do understand what he's getting at, the fact is you can't eat a "modern, democratic left" - too often, his language is too high fallutin' to resonate viscerally with people's day-to-day concerns. Needless to say, Teodoro can't make up the difference by spreading oil money around like his opponent can, which leaves you to wonder if he can really mobilize enough waverers to be competitive.

To my mind, Teodoro is oddly politically homeless for a putative oppo front-runner. His main strength - his ability to mete out memorable tongue lashings to both the government and the radical opposition - makes him as many enemies as friends, while leaving non-ideological voters basically cold. Fatally, his only natural constituency seems to be people like me: over-educated, instinctively moderate, incurably wonkish and respectably leftish types- an electoral dead-end if ever there was one.

If he's going to position himself to actually win an election, Teodoro is going to have to develop a far less abstract pitch, one that resonates with wavering voters at a gut level. Colorful denunciations of Chavez that peter out into abstractions about the state's role in development will not do the trick. Using dictionary words that get knowing chuckles from university-educated readers might be a good way to prop up Tal Cual's circulation figures, but if his shtick is going to play in Caucagüita Teodoro has to stop saying "inefable" once a paragraph.

To my mind, his best bet would be to just shamelessly plunder Roberto Smith's formidable rhetorical arsenal. Unlike Teodoro, Smith has thought through these issues systematically and worked diligently to figure out which rhetorical strategies can win over wavering voters. Focus grouping the hell out of your message to strategically brand the candidate is an admittedly gringo way of going about an election, but taking a scientific approach to pandering is far preferable to sticking to rhetorical lines that may "feel right" to a candidate but in fact turn off the very people he should be attracting.

Is Teodoro willing to go down this route, or is it below his dignity? Hmmmm...
by Quico