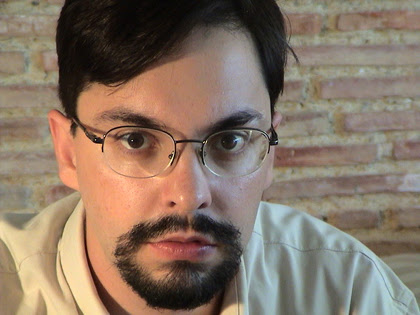 After four years as a freelance journalist in Caracas, I've run off to become a doctoral candidate in innovation economics at the United Nations University's Institute for New Technologies in Holland.

I'm working on a dissertation on the impact of WTO rules on developing countries' ability to implement effective technology policies. Yes, I think that's interesting.

The Power of Blogging

There's nothing to blog about out of Caracas, but I am becoming frankly obsessed with the stunning writing going on at Where is Raed? so I'm just going to republish his writing today. Last night, I had nightmares that this kid got hurt in a bombing raid. I woke up in serious distress, I felt like I'd lost a friend. Intense.

A couple of weeks ago journalists were exasperated by that fact that Iraqis just went on with their lives and did not panic, well today there is a very different picture. It is actually a bit scary and very disturbing. To start wit the Dinar hit another low 3100 dinars per dollar. There was no exchange place open. If you went and asked theu just look at you as if you were crazy. Wherever you go you see closed shops and it is not just doors-locked closed but sheet-metal-welded-on-the-front closed, windows-removed-and-built-with-bricks closed, doors were being welded shut. There were trucks loaded with all sort of stuff being taken from the shops to wherever their owner had a secure place. Houses which are still being built are having huge walls erected in front of them with no doors, to make sure they donÕt get used as barracks I guess. Driving thru Mansur, Harthiya or Arrasat is pretty depressing. Still me, Raed and G. went out to have our last lunch together. The radio plays war songs from the 80Õs non-stop. We know them all by heart. Driving thru Baghdad now singing along to songs saying things like Òwe will be with you till the day we die SaddamÓ was suddenly a bit too heavy, no one gave that line too much thought but somehow these days it is sounds sinister. Since last night one of the most played old ÒpatrioticÓ songs is the song of the youth Òal-fituuwaÓ, it is the code that all fidayeen should join their assigned units. And it is still being played.
A couple of hours earlier we were at a shop and a woman said as she was leaving, and this is a very common sentence, ÒweÕll see you tomorrow if good keeps us aliveÓ Ð itha allah khalana taibeen Ð and the whole place just freezes. She laughed nervously and said she didnÕt mean that, and we all laughed but these things start having a meaning beyond being figures of speech.
There still is no military presence in the streets but we expect that to happen after the ultimatum. Here and there you see cars with machine guns going around the streets but not too many. But enough to make you nervous.
The prices of things are going higher and higher, not only because of the drop of the Dinar but because there is no more supply. Businesses are shutting down and packing up, only the small stores are open.
Pharmacies are very helpful in getting you the supplies you need but they also have only a limited amount of medication and first aid stuff, so if you have not bought what you need you might have to pay inflated prices.
And if you want to run off to Syria, the trip will cost you $600, it used to be $50. itÕs cheaper to stay now. anyway we went past the travel permit issuing offices and they were shut with lock and chain.
Some rumors:
It is being said that Barazan (SaddamÕs brother) has suggested to him tat he should do the decent thing and surrender, he got himself under house arrest in one of the presidential palaces which is probably going to be one of the first to be hit.
Families of big wigs and ÒhisÓ own family are being armed to the teeth. More from fear of Iraqis seeking retribution than Americans.
And by the smell of it we are going to have a sand storm today, which means that the people on the borders are already covered in sand. Crazy weather. Yesterday it rains and today sand.
:: salam 3:12 AM [+] ::
by Quico

When blogging isn’t worth it.

I’ve been somewhat delinquent about posting lately. In part, the news out of Venezuela has gotten really boring. Also in part, I finally got satellite TV in my house, and CNN and the BBC are much more compelling right now. Mostly, though, there’s just this forlorn feeling hanging in the air…this despondency, this anger both at the government and the opposition leadership at the same time. The whole country is up a creek without a paddle at the moment, and it’s just too sad to think about, much less write.

Plus, with the world-historical transcendence of events in Iraq, it’s just hard to feel that the latest he-said-she-said on Globovisión is even close to being worth writing about. The entire architecture of post-war international security is going up in smoke and down here we’re consumed in these ridiculous fights about when you’re allowed to start gathering signatures for a referendum. It’s just pathetic.

The upshot is, I think they should just give journalists a few months off here, let us go hang at the beach until the halfway point in Chávez’s mandate rolls around and serious politics resumes. When the time comes, on August 19th, then we’ll know what’s what. Then we’ll know if he’s serious about letting us vote, or if the delaying games will go on indefinitely. We’ll either toss him out through the ballot box or know, finally, for certain, that we’re dealing with an out-and-out dictator, and adapt our tactics accordingly.

For now, all we can do is watch, wait, and be sad about the dismantling of our institutions, our economy, and our freedoms. We might have to fight a minor tactical battle now and then, we might even win a couple, but the fundamentals won’t change until August. So, unless something truly worth writing about happens between now and then, I suppose the blogging will be slow between now and then.

For now, there’s not much to do but hope the civilians of Iraq and the safety of the world system escape what’s coming more or less intact.