The revolution eating its own?

Katy says: This was interesting - Tobías Nóbrega, long considered one of the Revolution's, ahem, most "productive" figure-heads, has been charged with a list of corruption charges (read the details here). Anyone know what this is about? The inside story (probably involving multiple wounds to the back) is probably much juicier than what the press release suggests.
by Juan Cristobal

Now THIS is an important issue

Katy says: A troubling news item today: chavista student Robert Serra went to the Prosecutor General's office to demand an investigation into the website Noticiero Digital, for presumably "defaming" him.

Never mind that this is a personal issue between two private parties, and as such should be resolved in a private lawsuit. Never mind that the Prosecutor General's office should be busy investigating the 40+ violent deaths that happen in Venezuela every day, more than 90% of which go unpunished. Rest assured, Chavez lackey Isaías Rodríguez will get on top of this one quickly.
by Juan Cristobal

Quico says: Are you fascinated by maps? Click here.

Augustinianism for the 21st Century 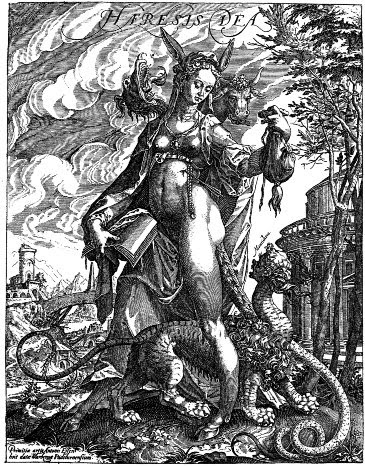 Quico says: As most of you know by now, I went to a conservative catholic elementary school in Caracas. It's a tidbit that fascinates my PSF readers (hi Justin!) - though one they typically interpret exactly backwards. Because my relationship with catholic theology was always, shall we say, rocky - actually, I was constantly getting sent to the principal's office on various counts of heresy.

Opus Dei takes its role as reservoir of the Catholic theological tradition seriously, so the material they presented us in Religion class was surprisingly deep for a seventh grade curriculum. Most of my classmates were totally uninterested in this stuff, but our weekly Religious Instruction class was the highlight of my week, the most intellectually engaging thing we ever came across in school. I took it seriously, wrestled with it, engaged it. But I realized soon enough that critical engagement was not exactly the attitude that got you an A in this class.

I remember vividly one lesson when our priest came in to teach us about Free Will.

God, he explained, created us free. And the way He did that was by endowing us with reason. Through reason, He gave each of us the ability to discern right from wrong, and this is the basis of our freedom.

Well, for once that made a certain amount of sense to me.

But he went on with a line of thought I was too young to recognize as Augustinian back then. Reason is important, he said, because it's the faculty that allows us to understand God's will. When we apply reason, we choose salvation freely, because reason enables us to follow His law through our own free will.

I should've known better, but I raised my hand. "Toro," he says.

"But that also means that we are free not to follow His law, doesn't it?"

"Well," he replied, "it may seem like it, but that's a mistake. You see, when you sin, you are not following reason. You are falling into temptation, into the little traps that the devil sets for you every day. Sin is the denial of reason. It's what you do when you follow the apetites of the flesh that the devil puts in your path to manipulate you for his own purposes, instead of the capacity to reason that God gave you. So when you sin, you are not exercising freedom, you are exercising error."

This made no sense to me at all. Vaguely aware that this was going to get me thrown out of class for the Nth time, I kept arguing.

"But then free will is not really about choosing at all. Because you're saying we can't choose: we are only free if we do what you tell us. That doesn't sound like freedom at all!"

Sure enough I spent the rest of the morning in trouble: by that point, the school was treating me like some pint-sized Martin Luther inexplicably stirring up doctrinal trouble.

That little episode kept coming back to me last week, as the surreal debate over Freedom of Speech dragged on in the wake of the RCTV shutdown.

The similarities between chavismo's bizarre understanding of freedom and my priest's are too obvious to miss. Just replace, "temptations of the flesh" with "capitalist anti-values", "the devil" with "the bourgeoisie," and "God" with "Chávez" and you can see the argument is basically the same.

"To be genuinely free," they tell us, "you need first to extirpate the temptations of the telenovela that the bourgeoisie puts in your path to manipulate you for its own purposes. Because giving in to the anti-values of capitalism isn't freedom, it's error! Freedom is agreeing with us!"

Sorry, folks, but if I didn't swallow that one when I was 12, so I sure as hell won't swallow it now.
by Quico

Katy says: A curious note in today's El Universal. In last weekend's presidential TV Show, Chávez used the black market rate to convert from dollars to bolívars. Regarding the possible donation of an award he received from Lybia, his exact quote was: "One hundred thousand dollars. How many millions is that? 20 million bolívars, sorry, 400 million bolívars. With 400 million bolívars, how many "shanties" could I convert into decent houses? At least 15..."

Chávez's implicit exchange rate was 4,000 bolívars to the dollar, much closer to the black market rate of 4,200 than the official 2,150.

Seems like Chávez is benefitting from Misión Cadivi as well. As I always say, the bolívar is the only currency that comes with a 50% cash bonus every time you buy it.
by Juan Cristobal