Well, I've spent most of the last few days reading about the East Asian economic miracles - particularly South Korea's - fascinating stuff, suggestive and encouraging. I'll post something detailed about the lessons of the East Asian tigers sooner or later, but will try to wet your appetite with this tidbit:

In other news, parts of the Comments feature started to get slightly out of hand with a series of really unacceptable flames and insults which, personally, I refuse to have on my site. So I upgraded my HaloScan account and I want to be very clear about this: flames, insults, and incitement will be erased. Please don't post them in the first place.

Venezuelans need to learn to respect one another even when (especially when) we really, really, really disagree. So please voice your disagreements as strongly as you like, but don't flame.

We interrupt this study break...

To report that I've succombed to total despair about Venezuela. The email I'm getting from Caracas is truly terrible: the government's extremism is worse than ever; the opposition's haplessness has reached new heights.

The space between the Scylla of civil war and the Charybdis of open dictatorship is closing fast. The space was always narrow, but today it seems vanishingly small, hopelessly tiny, way too little to fit a whole country through.

Somebody please post something to cheer me up!
by Quico

In a last ditch effort to keep from getting kicked out of my doctoral program, I've decided to cloister myself for the next two weeks to study far from the distractions of the net.

Before signing off, I'll post the rather irate email of one reader who think I mischaracterized Amesty International Canada's reasons for yanking The revolution will not be televised from their film festival. I had said that the yanking was related to the film's questionable content, as early reports had it. Irate reader replies, citing a Guardian story, that instead it was due to the fascist campaign of intimidation by the opposition. Irate reader writes:

"Since the Guardian is liberal, and could be biased on this one, I called Amnesty International Canada, and I spoke to their spokesperson John Tackaberry. He told me that the selection committee had received a petition not to show the film and that their staff in Venezuela had said "there was a real threat to their safety" if AI was associated with the film in any way. AI did not want to be perceived as partisan in any way but, he said, the withdrawing of the film in "no way" reflected on the quality of the film."

Knowing, as I do, some of the AI staffers in Caracas, this story always seemed a bit outlandish to me. Is some opposition radical really going to attack Fernando M. Fernandez over TRWNBT?! Just doesn't seem likely. However, as I couldn't get Dr. Fernandez himself to comment on it, I'll have to give irate reader the benefit of the doubt.

I should add, for the record, that I've never been among those who oppose the showing of TRWNBT. It makes me mad that documentary film-makers make such trash and get rich off of it, but I can't in good conscience oppose the showing of any movie, no matter how awful. I do think theaters should've shown or handed out some kind of disclaimer, some kind of warning to their audience that they were about to get an aggressively ideologically slanted version of events many Venezuelans would not recognize at all. And thanks to the energy of some opposition organizers and leafleters abroad, a good number of TRWNBT's audience did indeed receive such leaflets on the way in or out of the film, which is all to the good.

On a related note, believe it or not I'm still working on a long post about April 11-14th. It's long and complex, though, and it's not coming together quickly. I promise it will be out before April 11th, 2004.

The Discovery of Warm Water

One fun thing about enabling comments on the site is that I've found out all kinds of unsuspected things about my readers. Somewhat to my surprise, I have more than a couple of Bushies reading CC. Maybe I'm just hopelessly naive, but I'm genuintely surprised by the resistance to my earlier Bush/Chavez post.


For one thing, if you don't realize that a substantial portion of Americans now detest Bush with a passion that rivals that of Venezuelan opposition members, you must interact with very few democrats.


The similarity between Bush and Chavez is one of kind, not of degree. Obviously, the US has many more still-functioning institutions than Venezuela does, and this makes all the difference. But the thrust of both of their styles is to gradually erase the formal separations between leader, office, party, country and flag. The seed of autocratic thinking that runs between the two seems obviously similar to me.


Bushies who resist the obvious comparison would do well to look at this New Republic Notebook entry. TNR can be acussed of many things, but mindless Bushwhacking is not one of them.

A festival of Weil...

If you've seen his cartoons in Tal Cual, you have some sense of how talented Roberto Weil is. Following in a Venezuelan tradition where serious artists moonlight as editorial cartoonists, Weil makes some wonderful, surprising, sporadically twisted art. 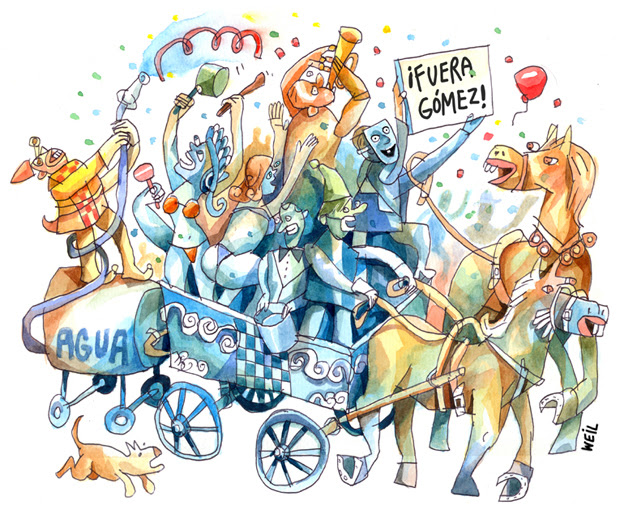 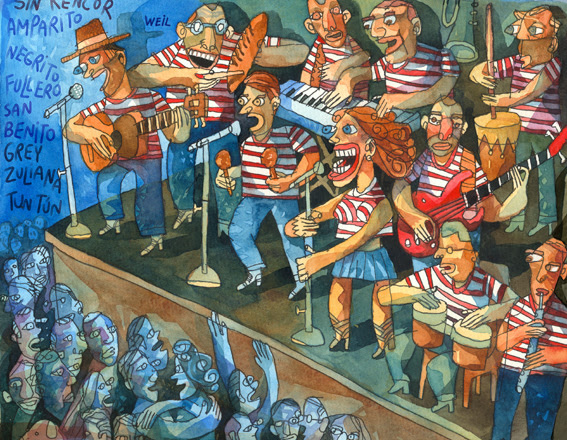 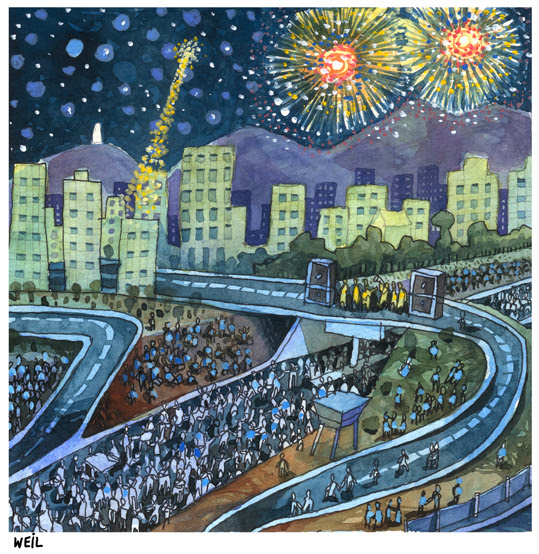 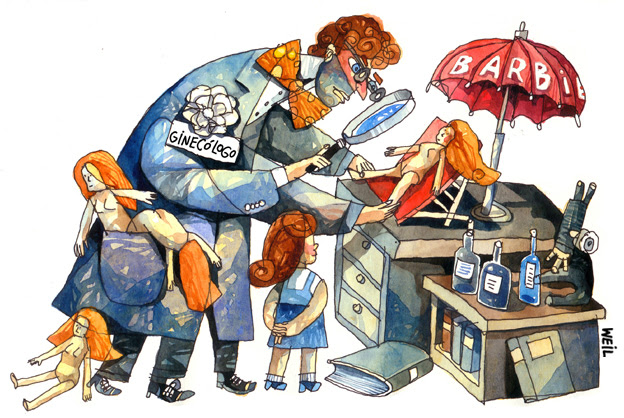 
There are many more drawings at: Weil.com.ve
by Quico

My email subscription service - bloglet.com - had some technical glitch and did not mail out new entries for the last few days. The system is running again now. (By the way, subscribe!)
by Quico