Quico says: Gah! I really don't have time to blog about it properly right now. But Chavez's move to seize the oil sector's private contractors is a catastrophe of almost unimaginable proportions. The contractors have been undergoing death-by-a-thousand-cuts for some time now, but the consequences of this final kamikaze move are hard to overstate.

Some kind of economic incompetence rubicon is being crossed here. Watch and shudder.
by Quico 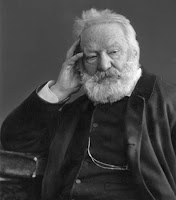 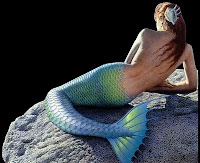 Juan Cristobal says: - The government likes to boast about how it has kept the exchange rate fixed at Bs.F. 2.15 for a number of years. They make it sound like this is some smart revolutionary achievement, a sign of the robustness of our economy and our immunity from the growing economic crisis circling the globe.

It's all posturing. As we know too well, framing and spinning are about the only thing they do well.

Fact is, the government has already devalued the bolivar. It just hasn't admitted it.

Yes, it is true: Cadivi still claims to sell dollars at the official rate of 2.15. However, there are fewer dollars available to travel overseas, and the rules change frequently. Even when you jump through all the hoops to get your travel dollars and manage to use them overseas, Cadivi refuses to hand the dollars over to the banks that are actually paying the merchants where you shop.

The result is that more and more banks are announcing that their credit cards will no longer be usable outside of our borders.

Dollars for imports are equally scarce. Just this week, Toyota announced it was close to shutting down its operations because of a lack of dollars to import parts. I guess that's payback for Chavez coming back from Japan empty-handed.

So, on the heels of the government's announcement that there will no longer be dollars available to import vehicles, we have a policy whereby domestic producers can't get cars made. So much for the government boasting about Venezuela's car boom.

The stories on the tightness are a dime a dozen. When it isn't the government imposing new rules and regulations, it's the customs agents at Puerto Cabello. Restrictions sprout up so quickly, there is now a blog trying to keep track of it all.

The end result? Everyone is going to the black market, where dollars trade at about Bs.F. 6.50 and climbing.

In fact, the main supplier of dollars in the black market is probably PDVSA. The government has very few savings and it needs more and more bolivars to finance its ever-increasing spending. But its dollar flows are but a fraction of what they were. The temptation to go to the black market is simply too big for the government to ignore, and everyone knows that is what they are doing. Not that PDVSA would ever admit to it.

So whenever you hear the government boasting about how it's not going to touch the official exchange rate, remember that 2.15 is a mere bureaucratic decision that has less and less meaning each day. The government has already devalued.

Official news about how the rock-solid 2.15 isn't going anywhere have about as much relevance as them saying they will start issuing speeding tickets to mermaids. It's all an illusion.
by Juan Cristobal

Quico says: I really should apologize for the light posting recently. Over the last two weeks, I've been in the middle of a hideously complicated international move, not to mention a nearly uninterrupted maple sugar high.

I'm told ojalá te mudes ("may you have to move") is a traditional maracucho curse. Now I know why.
by Quico