Getting kidnapped: more trouble than it's worth 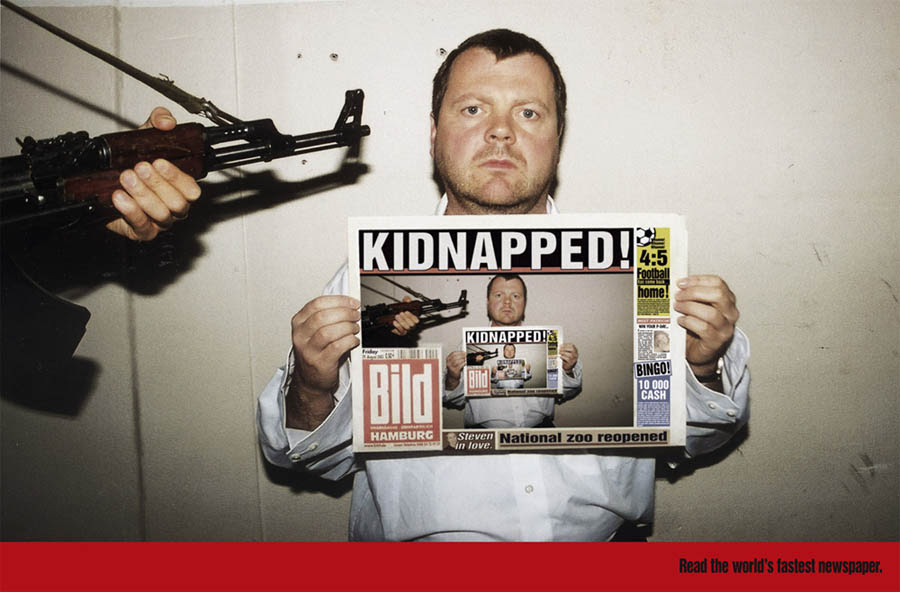 Quico says: Sometimes, amid all the high-fallutin' talk about the rise of authoritarianism and the creeping onslaught on basic liberties, we lose sight of chavismo's basic inability to make sensible policy. The latest VenEconomy Monthly deals with one of the more alarming recent examples: the Anti-Kidnapping Bill now making its way down the fetid intestinal track that is the chavista legislative bowel.

The proposed law sets out to combat kidnapping by making life as hard as possible for kidnap victims' families. It would make it a crime to fail to report a kidnapping or to pay ransom. Family members would face up to three years in prison for keeping a kidnapping quiet. "The law says that they are accomplices," is the way the AN's Interior Policy Committee Chair, Juan José Molina, puts it.

But if they do report a kidnapping, the law goes proactive on their asses: freezing the family's assets to prevent them from raising the cash to pay ransom. Presuming their guilt, the bill would effectively punish people for having a relative get kidnapped.

This government never saw a social problem fly it didn't want to swing a policy sledgehammer at. Much of the problem seems to come down to an ideological aversion to thinking through the incentive structures policies put in place for normal people. There's a whiff of capitalist decadence, I guess, about the whole notion of thinking through the incentives policies create: they just won't do it.

Lets do it for them.

Lets say (y que Dios no lo queira) your kid gets kidnapped. The law says you must put yourself in the hands of Venezuela's notoriously incompetent, overstretched, brutal and often criminal law enforcement authorities. If you don't, you're an accomplice and face years in jail. But if you do, your chances of ever seeing your relative alive again surely become vanishingly small: the cops will almost certainly fail to free him, and if you change your mind and decide you want to pay ransom, you won't be able to.

What are the pros and cons you'll weigh as you try to decide whether or not to report the crime? Surely, you'll be aware of the chance that, if you do report, the cop you report to is the cop who kidnapped your kid. And not just in theory. As VenEc reports,

In the last five-year period, 2002-2007, charges have been brought against 14 military personnel, seven members of the CICPC force, and 16 Metropolitan police officers for crimes related to kidnapping.

But lets say you do go to the cops. At that point, you leave the kidnappers only two options: release him without ransom or kill him. Which option do you think is more appealing, safer from the kidnappers' point of view? Hmmmm...

Now - and sorry to get so grim, but - lets say they do kill him, but the body doesn't turn up. The kidnapping can't be declared "over" without a death certificate, but you can't get a death certificate without a body. So your assets remain frozen indefinitely. Now that's going to make people want to report.

To follow this dismal dynamic one stomach-turning twist farther, don't you think kidnappers will catch on to this and turn it to their advantage? How long before ransom notes start including ghastly threats to not just kill your loved one but to destroy the body as well? How would you react to a note like that, knowing that reporting would mean an indefinite freeze on your assets on top of the death of your child?

And, at the risk of straying into unadulterated Macchiavelianism, if you were a completely unscrupulous businessman looking to thin out your competition, could you think of a more cunning way to get rid of a rival than to kidnap his kid, make sure the cops hear about it, and then disappear the body?

It doesn't take a rocket scientist to figure out what this law will do: criminalizing kidnap victims' families is only going to drive them underground, making them ever less willing to report to the authorities.

When crime statistics come out, this will show up as a sharp fall in reported kidnappings...and guess what will happen then? Pedro Carreño will come on VTV, a glowing smile on his face, to trumpet the governments progress in the fight against kidnapping.
by Quico