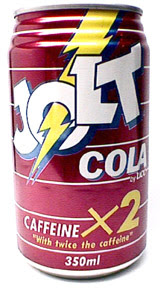 Quico says: In a morbid, quasi-masochistic kind of way, it's intriguing to think through some of the bits of the 1999 constitution Chávez forgot to mess with in the last minute dash to finish his reform proposal. I mean, it seems like some provisions he just kind of missed, like article 145:

Public employees are at the service of the state and not of any partiality. Their appointment and dismissal shall not be determined by their political affiliation or orientation...

(Though, admittedly, the analogous provision concerning the military - in Article 328 - did not escape his attention.)

Then there's article 314, which says:

No type of spending that has not been forseen in the budget law shall be carried out...

Leaving this one intact is particularly eye-brow raising given that the reform explicitly says the "misiones" shall be set up not by law, but by presidential decree. But the Budget is a law so, technically, the constitutional reform bars the misiones from spending public money! (As for Fonden and PDVSA's social spending: they will remain as unconstitutional as they have been for year.)

It's a fairly absurd parlor game, I realize, this kind of close textual analysis. It makes no sense to train a lawyerly eye on a document that was never intended to be interpreted by independent jurists. All it does is highlight the juridical Never Never Land that is chavismo's Potemkin Constitutionalism: but, at this point, that amounts to a fish-in-a-barrel massacre.

Nonetheless, it has its uses. Recently, Luis Miquilena argued that the reform mostly legalizes the constitutional violations the government has made routine. Clearly there's some truth to that, but just as clearly progress on that score will be only partial: a good number of the key constitutional provisions that have been most flagrantly violated in the last few years are not up for reform.

So, since they're not calling for these articles to be reformed, should we infer they intend to start respecting them? Or did Chávez just overlook them in the all-nighter he pulled to finish his proposal?
by Quico