Working through the scenarios III: the scent of sweet papaya 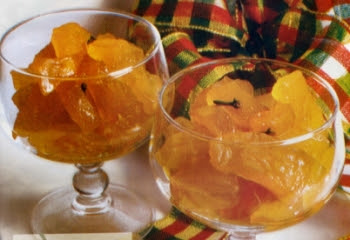 Katy says: The government’s campaign to approve the Constitutional reforms is over, and what an ugly spectacle it has been. Today’s rally was massive, no doubt inflated by tens of thousand of public servants forced to march – and don’t we all have stories of friends and relatives in that position. Yet Chavez’s speech offered very little about the Constitutional reform, and focused instead attacking and insulting all sorts of enemies, foreign and domestic.

It was a new low, even for Chavez’s standards. One of the most curious bits was his pledge to cut off oil deliveries to the US “on Monday” if the US decided not to recognize a “Sí” victory. It was sad to see so many of my countrymen applaud a madman’s promise to bankrupt our country if he doesn’t get the international recognition he craves, but perhaps they were applauding the real meaning behind his words.

After all, such an insane pledge can only mean that Chavez considers it highly unlikely the “Sí” will win. Perhaps he promises hell and fire because he knows, deep down, that this scenario won’t play out. Perhaps what they were applauding was the realization that their leader sees no hope and that, come Monday morning, they too will have turned a page.

The whole campaign has focused on all the things that make Chavez’s moderate supporters dislike him – fighting, threats of violence, real violence, an un-Venezuelan “you’re-either-with-me-or-against-me” attitude, intolerance, and condescension. In fact, the campaign is one of the reasons I find it hard to disbelieve the polls – the government has done everything in its power to alienate moderate chavista voters, so I just don’t see any reason for them to come out and continue to support Chavez. In fact, his recent spat with Uribe may have cost Chavez the critical “nationalized-Colombian-with-a-cédula” vote.

All of the sudden, Chavez’s few populist promises sound hollow. As the hairdresser in Simón Romero’s NYT piece yesterday said brilliantly, “if this government cannot get me milk or asphalt for our roads, how is it going to give my mother a pension?” Instead of talking roads, milk or pensions, Chavez has been talking about the King of Spain, the FARC, Alvaro Uribe and José María Aznar. Yawn.

In light of this, it's fitting that the last of Caracas Chronicles’ three scenario analyses is a No victory. Personally, I think it is the most likely. I can’t discard a “Sí” victory, whether clean or tricked, but the polls, the campaign and the mood indicates we may have turned a corner. The problem about corners is that you can’t always see what you’re turning on to.

My initial inclination is to believe that Chavez will take this loss serenely and without too much fuss. I have been hearing recently about how the government will go nuts if it loses, how it will simply have no political platform anymore and how they will unleash their violent hordes on unsuspecting squalid families. I don’t buy any of it.

Let’s remember that some of Chávez’s most impressive moments have come in defeats. Take, for example, February 4th 1992. The day Chavez leapt into the national consciousness with his unforgettable “Por ahora” was a day he was thoroughly and completely defeated. Yet he seized the opportunity and in two minutes of live TV, arguably changed the course of modern Venezuelan history.

The other time that comes to mind is when the signatures for the Recall Referendum were finally approved. Chavez by then was only beginning with the Misiones, and his poll numbers were bad. Yet when the signatures were finally approved, he delivered a memorable speech on live TV, acting like a statesman and welcoming the Recall Referendum, practically calling it his baby by saying he had been proposing it all along in the Constitution. I think that speech was the beginning of an important turning point that left behind two years of turmoil and continual erosion of his political capital.

Other defeats come to mind as well. After he was deposed for ordering the April 11th massacre, he was imprisoned in a way that made him an instant victim. All the sudden, April 11th became about him, not about the shootings. This idea persists to this day.

All in all, Chavez has proven to be wise in defeat. So this time around, my belief is that Chavez will take defeat in a smart way. He has lost many moderate voters because his rhetoric has radicalised to the point where they don’t know who he is anymore, and he will try do his best to reverse that trend. The problems in governance that have been the root cause of the underlying economic and social problems (scarcity, inflation, crime) require more attention from him and, most of all, will require looking for solutions outside the Hegelian-Gramscian box the President seems to be living in. Whether he still has the senses in him to accomplish this, I do not know.

Of course, Chavez being Chavez, he may interpret a loss as a sign that he wasn’t radical enough and push through his reforms using his enabling powers. After all, the legislature gave him a ton of power to implement many of the things being proposed in the reform – the “soft Constitution”, to use Quico’s term. The man is clearly unpredictable and this outcome is certainly not outside the realm of the possible.

As for the opposition, a victory would invigorate their legitimacy in the eyes of the public. Winners from a No victory would include, of course, Baduel and the students, but also the political parties, mainly UNT, PJ and Podemos. I don’t think they will interpret such a victory as some sign that we should now call for the government’s resignation or other radical measures. Let’s remember the President himself is still popular, and perhaps so is his government. The opposition should not overreach by transforming a No victory into a mandate for something else. They should immediately begin working toward the regional elections of 2008, toward building on the momentum they currently have. Parties should make an effort and incorporate into their ranks some of the fresh faces of this struggle. They need to open up to civil society.

Another winner would be the CNE, and Tibisay Lucena in particular. It would be really hard to continue to allege fraud if the CNE were to certify a victory for the opposition given what is at stake.

The main losers in the opposition - with all due respect to some of my friends - would end up being the abstentionists, the radicals and the old political parties, the little groups that jumped on the No bandwagon hours ago. A No victory would send the signal that their stubborn stance against the vote was not only misguided, it put the existence of the Republic itself in peril. I would hope that a No victory would prompt some serious soul-searching in them, just like they hope that a "Sí" victory would serve to teach us "enablers" a lesson.

Yet regardless of who wins and who loses, of the uncertainty of how the government will react, the main thing all of us should do if the No wins is enjoy it. Lord knows we’ve taken blows these past nine years, some of them even deserved! It’s taken a long time, but I believe people have begun to awaken to Chavez’s true nature, and the defeat of an electoral behemoth like the President would be a major achievement.

So if the No wins, please do me a favor and enjoy the sweet taste of dulce de lechoza. We would have earned it.
by Juan Cristobal