Chávez and Correa give the game away 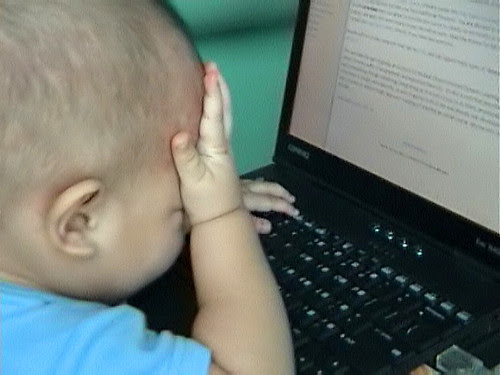 Quico says: I'd been planning to wait until Thursday's Interpol report on the authenticity of the Reyes laptops to join this particularly sordid fray, but really there's no need to hold off. In parallel, weirdly unhinged damage limitation speeches, Hugo Chávez and Rafael Correa pretty much gave the game away yesterday, with Correa insisting that whatever Interpol hasn't said yet is not worth listening to and Chávez charging that Interpol is - wait for it - a CIA puppet.

After all that, wouldn't it be fun if Interpol came out and said the computers were faketie-fake fake!?

It's a fun thought, but unlikely: even the Birns-Weisbrot Axis - in a masterpiece of misplaced outrage - implicitly own up that the laptops are for real and obliquely accepts that the Chávez-FARC relationship has been cordial all along and close since the fall of 2007.

No such nuance was forthcoming from Chavez or Correa, entrenched as they are in deny everything-accept nothing-make counter-accusations mode.

Correa's prenial was bizarrely childish - the diplomatic equivalent of sticking your fingers in your ears and saying "nyaaa nyaaa-I'm not listening to you-nyaaaa nyaaaa..." Chávez's was characteristically more non-sequitur oriented: demanding "evidence, not documents!" despite the fact that some of the information in the computers has led directly to real-world busts, like the $480,000 in recovered cash in Costa Rica. (To say nothing of the fake distinction between "documents" and "real evidence.")

It's hard to beat Chávez for sheer lunacy when he shifts into full-rant mode but, to be fair, there were some real head-scratchers in Correa's speech as well. I especially enjoyed his contention that anyone who believes what FARC's commanders say to one another in private emails is, somehow, duty-bound to also believe their anti-Uribe propaganda. Credibility is credibility, ¿o no?

[and this, mind you, is how they talk when they're trying to distance themselves from FARC!]

These guys are running around like chickens with their heads cut off; they know the other shoe is about to drop. There's something grimly amusing about the whole scene but, like so much else, it's a sideshow.

Beyond the public posturing, beyond the denials and prenials and smoke-screens and obfuscations, the camera-ready histrionics and the tsunami of insults pointed at the Casa de Nariño, one thing is becoming clear here: Venezuela under Chávez is a state that sponsors terrorism.

Whether, in some bureaucratic/legalistic/diplomatic sense that's grounds for labelling Chávez's regime a state sponsor of terrorism, I don't know. But, in ordinary language, a state that mobilizes its resources to help arm a group that relies on murder and kidnapping is a state that sponsors of terrorism.

A desperate cancillería
official goes to Plan B.