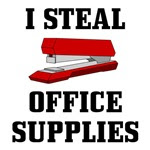 Juan Cristobal says: - A few disjointed bits of information on the transfer of regional power from chavismo to opposition mayors and governors.

- I've been talking to people involved in several transition teams, and the stories shed a light on the nature of chavista bureaucracy. Several sources in different teams confirm many in the outgoing flock are looting laptops, desks and even staplers. Schools were closed after the election and, in some cases, the new people still can't find the keys. Vacations have been decreed without further notice. A relative of mine got a call from someone selling him a laptop belonging to the Maracaibo Mayor's office for a few hundred bucks. Add to that the fact that many of the employees have either quit or are unwilling to work for an opposition administration, and you have a pretty grim picture. Though it's not been uncooperative everywhere (apparently, things in Municipio Sucre have not been bad), it's been pretty bad overall.

- My sources in the transition for the Miranda state government asked some of the people in the outgoing administration what sorts of social programs and guidelines they had at the state level. They said they had none. When pressed about where they got their policy guidelines, they simply shrugged and said, "Alo, Presidente. What mi Comandante says, that's what we implement."

- Today, I'll be on the radio, 1pm Eastern time in the US. Tune in here, or here. Chamo Times is the name of the program.
by Juan Cristobal