A vote about nothing 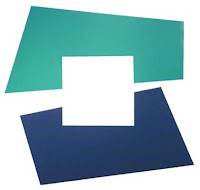 Juan Cristobal says: - I've been in a funk lately.

The inspiration to post about the upcoming referendum has been harder to come by than a kilo of sugar at Mercal. Maybe the reason I'm not inspired is because this really is an election about nothing: it doesn't change anything, it has no real consequence on the balance of power in Venezuela. Mostly, it's an unnecessary distraction.

Let's walk through the scenarios. Suppose that the No wins. Can we really expect this to be the last time Chavez is going to try to eliminate term limits? Will it represent a turning point in our decades-long struggle?

Not a chance. If the No were to win, Chavez would keep insisting until he got his way. In fact, it's amusing to hear him promise he will accept the results when this election is the consequence of his refusal to accept the will of the people.

A Chavez loss would only mean he will try again, and again, until some way or another he does away with term limits. Who can honestly picture him not running in 2012? Who or what is going to stop him?

In fact, putting the amendment behind us means we can focus on building a platform to take the National Assembly in 2010. It will also shift the focus of public opinion to the government's serious failures, and a looming Hurricane Feces that we're utterly unprepared for. Just today, the Planning Minister basically admitted the government's only hope is for the price of oil to rise by 150%. Good luck with that, Haiman.

The government has flexed its financial and logistical advantage more than in any previous election. In a way, Chavez is right - this isn't an election, it's a battle within a war. We're not fighting a party or an ideology - we're fighting a state.

The threats being hurled at voters and the torrent of lies being told about the opposition have reached unheard of levels, even for a government that lies in its sleep. Chavez is a guarantee of peace? Has he not checked the statistics on violent crime? No, he hasn't. Are we supposed to believe Antonio Ledezma and Cesar Perez Vivas are doing away with the Misiones? Please. They can barely get to work every morning without being attacked by chavista gangs.

The sad part about this is that by repeating these lies day and night, surely some people believe them. In the face of all of this, is it all that surprising that the Si is running neck and neck?

So we've come to this, an election we didn't want, where nothing really is at stake, where the only thing we have learned is that the Revolution has finally fessed up and admitted this is a one-man show. That aside from Chavez's obvious charisma, his sheer willpower and his ability to sign checks, the Revolution is just an empty shell; that without Chavez, there's nothing. How sad.

In 2007, I wondered about the positive side of eliminating term limits. I wrote,

Sometimes, to cheer myself up, I think of the day when Chavez himself, in power, is no longer popular nor wanted. When we finally see him leave power, it will be that much sweeter to see him do so as a result of a voter revolt rather than by force of nature or the Constitution preventing him from running again. So indefinite re-election may not be such a bad thing. At least it leaves the door open for Chávez's last election to be one where he loses badly.

If going through Chavez himself is the only way this is going to end, so be it. Getting over the uncertainty will let us focus on the important stuff.
by Juan Cristobal