The Real Winner in Honduras 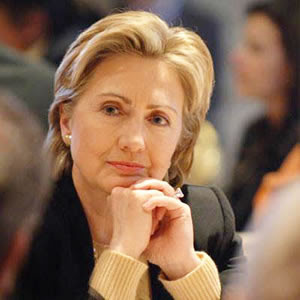 A longer version of this post appears on The New Republic's blog, The Plank.

Juan Cristóbal and Quico say: The Honduran tragicomedy that has consumed the hemisphere's diplomats for months is at an end (read the details here). Barring the unforeseeable - which is always an iffy thing to do in Honduras - Micheletti is out, Zelaya is in (pending a face-saving vote by Congress and the Supreme Court), and an election to replace him will be held on November 29, as planned.

In light of all this, who was the winner in the Honduran crisis?

Certainly not Zelaya. He's back in power, but is significantly weakened. He will not be allowed to push for the Constitutional Reform that precipitated the crisis in the first place. He'll be forced to head a "unity government" (a.k.a., an "amarren-al-loco government") and he'll have to find himself another job in January.

Certainly not Micheletti. By giving up power to Zelaya, he loses a massive amount of face and may face criminal charges down the road. In spite of having stopped the illegal referendum Zelaya was pushing for, his fate is up in the air.

Certainly not Chávez, who can say goodbye (for now) to his main objective: ensuring Zelaya remained in power through indefinite re-election and permanently adding Honduras as an ALBA satellite. His intervention in the crisis, which went from ridiculing Micheletti to threatening to ignite civil war, was as hyperbolic as it was ineffectual; it left him sounding like a clown. Count on Chávez to ignore reality and call this a heroic, historic, glorious triumph of the Revolution, though.

Certainly not the OAS. In a futile attempt to compete with Chávez's maximalist rhetoric, the regional body let its presumed power get ahead of its actual leverage, effectively sidelining itself from the negotiations that eventually brought the crisis to an end. The hypocrisy of the organization's scorn toward the Honduran Supreme Court became overwhelming when Daniel Ortega of Nicaragua pushed an illegal, clearly unconstitutional Supreme Court ruling giving him the power to be re-elected indefinitely and the OAS erupted in silence. The region's heavyweights (a.k.a., Brazil) showed that, without US influence, they have little to no leverage.

No. The real winner in this drama is the power broker, the top diplomat for the key power who quietly, patiently pushed for this settlement all along.

If this deal leads Honduras away from crisis and toward a legitimate Presidential election, if it leads Zelaya and Micheletti to the dustbin of history - I think we have the lady in the picture to thank.
by Juan Cristobal