Quico says: So y'all still occasionally give me shit about shutting down the comments section here. It's a decision I struggled with for years (no, literally, years), and I think it made the blog better. People obviously disagree, though: my hit count is down 40% from its commentin' days.

There were lots of reasons I did it: the deteriorating signal-to-noise ratio, the ineluctable law of internet discourse that makes cranks more willing to comment than sane readers, the draining effort it took to keep the discussions polite, but also - and more importantly, really - this vague sense of not being able to hear myself think over the hubbub. I wanted to step back and write broader, more reflective pieces this year, and the comments kept distracting me away from that style.

One unintended consequence of the shutdown is that some of the more prolific contributors had to go out and start blogs of their own. 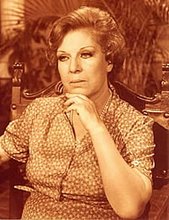 Most notably, DBC - whose hyper acid tongue was the highlight of every comments thread he touched - started Little Venice, and has been plying his inimitable trade more and more often over there. There's always something fun to look at on Microvenice: DBC's especially good at picking out YouTube clips, and he had a particular bit of fun going through Marx's writings on Bolívar. He is the master of the tangentially-topical rant: urbane, piercing, funny, ever so slightly unhinged, and always entertaining. Formatting, though, is not DBC's strong-suit: man, you need to give the crazy colors a rest!

The other comments' section diaspora site I ran into - totally by accident - the other day is Calvin Tucker's (a.k.a. Democratic Deficit's) 21st Century Socialism. Calvin got himself some SWANK web design there - I'm totally jealous - but, erm, well...that's the nicest thing you can say about the place. It's PSFery run totally amok, of course. The thing that struck me - beyond the super-slick template - is something I'd sort of suspected but never quite fully grasped about the guy: just how much of an old Soviet Block nostalgic he is. We get "aw shucks now really the Stasi wasn't so bad" pieces (complete with fawning appraisal of the "deepest complexity of Lenin's character"), we get detailed retrospective apologetics for the Soviet economic model, and of course we get lots and lots of drooling over Fidel. Man, to think the hours I wasted trying to argue with this guy.

Anyway, those are the two comments diaspora sites I'm aware of - am I missing any others? (Sorry, Feathers, yours doesn't count cuz you started it long before I closed down the comments section...)
by Quico