Getting out while you can 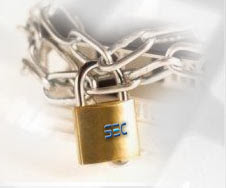 Katy says: "I think what everyone is hoping is that they'll get expropriated." Manuel's words surprised me, to say the least.

He sighs. "Katy, the way things are going here, it's really the best thing that can happen to your business," he says. "When they expropriate you, the government pays for your company in hard cash, and at a price that is probably higher than anything you'll be able to get a year or two from now, when the economy is fully socialized."

Manuel is a close friend of mine from college. After graduating, he took his hard-earned Venezuelan degree and got into an elite MBA program in the US. He went back home a few years ago and now manages a mid-sized company that manufactures health-care products.

To talk to him these days is to stare into a deep well of frustration. After all those years studying strategy, finance, marketing and things of the sort, he realizes his job is not so much to manage the company as to implement the decisions the government makes.

"The government decides at what price I can sell my products, who competes with me, how much my raw materials cost," he explained. "I can only buy raw materials when they say, at the price they say. They decide how many people I can have working on my factory floor, and what I can pay them. And all of this is done at their whim, you don't even get to have any input into their decisions."

"Actually," he goes on, "if you don't get expropriated your second best option is to move all your production overseas and just import finished goods. After all, the government lets you import stuff at the official exchange rate, and once you import, inflation means the stuff you sell fetches a higher price each month. Then, at the end of the year, the government lets you repatriate your earnings at the same exchange rate you used to import. So if you're an importer, they basically subsidize your profits! It's a steal."

In his words, you can gauge the immediate dangers facing the Venezuelan economy. Nobody can deny that the past few years, Venezuela has been growing at a frenetic pace. But can it last?

Not if the mood around the private sector mirrors Manuel's. And all signs show that, like him, the business community is casting around frantically for ways to salvage some capital as they get out.

The economy is awash in petro-dollars, but the parallel exchange rate has shot up and foreign reserves have begun to dwindle. Just today, the International Energy Agency is reporting that oil production fell once again. And oil prices don't seem to be going up anytime soon.

What does that tell you? That Chavez's drive for full nationalization of the economy has the business community beyond jittery, and that's starting to show in the national accounts. Businesses are operating at full capacity, but with the threat of nationalization hanging over them and all those heavy-handed controls, few are willing to invest to expand. In fact, Venezuela was one of the few Latin American countries to have had negative foreign direct investment last year, according to ECLAC.

All the signs point to capital flight. Until relatively recently, businesses seemed happy to use their subsidized dollars to buy imported goods or raw materials to satisfy swelling demand. But now, as inflation eats away the margins for price-controlled products, demand is not being satisfied - scarcity is rampant, with basic food stuffs like grain, beef, chicken, eggs, black beans and cooking oil missing from the shelves. This is not limited to East-side Caracas grocery stores - a friend of mine tells me that Mercal's market share has fallen dramatically and is now at the level it was in 2003.

That tells you that, even with the enormous inflow of petro-dollars, the government just doesn't have enough to import all the goods people want to buy and buy up private industry and supply the demand caused by capital flight. Which suggests we will see a devaluation of the currency soon, possibly before the year is done. Unless the Gods of the oil market smile on Chávez again, the government is going to have no choice but to turn the same number of dollars into more bolivars just to make ends meet on its own budget.

This will inevitably cause prices to go up even more quickly (inflation is already flirting with the 20% mark, and rising, in spite of price controls). Depending on what happens to the price of oil - and we know how unpredictable that is - it's not far-fetched to think that a year from now, Venezuela could be on the brink of recession.

As another friend of mine put it yesterday, the nub of it is that "it's not enough for oil prices to stabilize, Chavez needs constantly growing oil revenues just to make ends meet." And if oil prices fall, well, let's just say it won't take a big drop for the bottom to fall out. After all, when we had our first capital-flight-induced devaluation back on Black Friday, back in 1983, the price of oil was a comfortably high $30 per barrel.

Let's just hope all the Manuels out there get safely expropriated before the government runs out of cash.
by Juan Cristobal