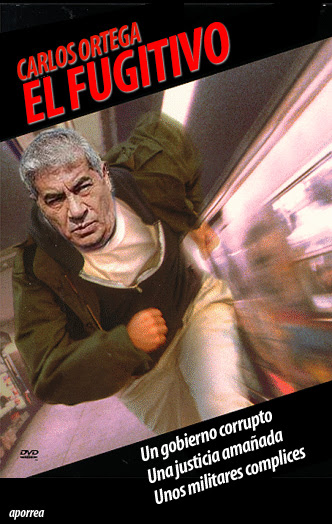 Katy says: Venezuelans woke up Sunday to the news that jailed union leader Carlos Ortega had fled Ramo Verde military prison along with three other jailed military officers. Ortega became famous as one of the opposition figureheads in the events of 2001-2003, particularly the general strike that shut down oil production and a big part of the economy.

I know Quico is not a big fan of Ortega's, and neither am I, so I will leave the discussion about his tactics, his biography, his legal wrangling or his decision to flee prison to the comments forum. I would, however, like to draw attention to what this breakout says about the government. Leaving aside the issue of why a civilian union leader was serving time in a military jail (Guantánamo, anyone?), the fact that Ortega fled can be interpreted in many different ways.

The first thing it says is that this government is too incompetent for its own good. For all of Carlos Andrés Pérez's political weakness post-1992, he made sure Hugo Chávez stayed in Yare Prison. Security at Yare was not top-notch, with the occasional reporter or coupster managing to sneak inside and record a conversation or a call to arms. But Pérez, Caldera and even freakin'-Ramón J. Velásquez made sure the guy did not flee under their watch. Caldera may have pardoned him, but before that Chávez remained in his cell.

Upon closer inspection, one wonders if all is well in the Armed Forces. One of the reasons for putting Ortega in Ramo Verde was - I assume - that security is less prone to being compromised. After all, the Armed Forces were purged of non-chavista elements a long time ago, or so we are made to think. The Defense Minister is now saying there was internal complicity. If so, with whom? Is the military conspiring against the government? Who knew about this, and how? Will we ever know the truth? Who will be the scapegoat?

Then there are the "situation-room" theories. One is that Ortega and the officers were allowed to flee so the government could kill them upon re-locating them. This one seems convoluted to me: if the government wanted to kill or disappear them, it could do so without so much hassle. Aside from that, what does the government gain by killing these guys?

Another theory is that they are being set free to see if they lead the government to bigger fish. Sources informed me toward the end of last year that Gen. Néstor González González was hiding inside Venezuela. Could it be that Ortega made a deal with the government to lead them to the hiding general?

Finally, it could be that the government intentionally set Ortega and the military free to remind the Venezuelan public about the oppositión's strike. With Ortega now free, the government can begin spinning theories about how Ortega is the mastermind behind the Rosales candidacy and other nonsense. Perhaps Ortega can mobilize the government's core voters (and in the process, turn ni-nis against the opposition) if he looms as a menace, as the ghost of strikes past. And if you think Ortega does not ignite the passions of hard-core chavistas, wait and see what happens in the comments part of this post.

No explanation is completely satisfactory, but they all seem to work on some level.

PS.- Thanks to Maria from the comments forum for the link to the picture...
by Juan Cristobal